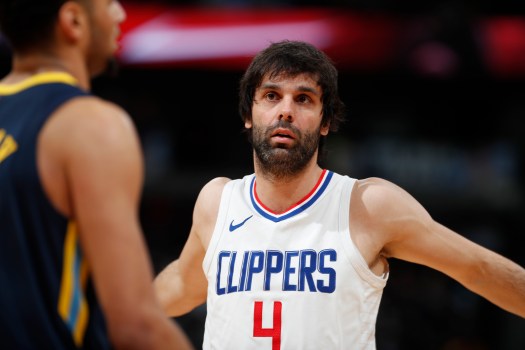 Is Teodosic's days as a Washington Wizards numbered...?


As day 30 of CSL has arrived, numerous trades have been submitted to the league office for approval. Trade rumors are flying in, and out of front offices. The biggest rumor thus far coming out of D.C is that long time all star point guard Milos Teodosic has been subject of numerous trade talks. Sources have stated that the Wizards front office is contemplating a rebuild, as the roster has been decimated by injuries thus far, and with the recent injury to starting wingman Roy Devyn Marble, GM Gary Chan leaning more towards a rebuild, and perhaps reload this roster while the other Eastern conferences foes are fighting over for playoffs seeding.

Since the arrival of Milos Teodosic, the Wizards has made the playoffs every single season, and has seen their season win totals increased each year as well. However, the team still has not been able to get out of the first round of playoffs, and perhaps it's time for this front office to realize this might be the ceiling for this team. Teodosic is enjoying another strong start once again by averaging 21.5 PPG, 3.7 RPG, 5.6 APG while shooting a very efficient stat line of 46% FG, 41% 3PT, and 87% FT as well. There's no doubt in guard driven league such as the CSL, Teodosic value should be extremely high, as he has proven what he can do in the playoffs. Any contender could use a stud like him to propel to the next level.

Time will tell if Teodosic, the long time favorite son of this Wizards front office will continue to remain as a part of this franchise.
Cotton/Trice/Lewis
Harris/Hunter
Hezonja/Gbiinje/Dotson
Rabb/Davis/Leaf/Yabusele
Allen/Anigbogu/Kabasele
Top
Post Reply
1 post • Page 1 of 1