Write snippets about your team or the league here.
Post Reply
6 posts • Page 1 of 1 Even with a Southwest Division leading record of 11-3 going into the second month of the season, the San Antonio Spurs seem to get no respect around the league. The team, led by the Dangerfield Duo of FrankyN and Scary Terry, are two of the most underrated backcourt players in the league and are showing the league that they aren't to be taken lightly this season. 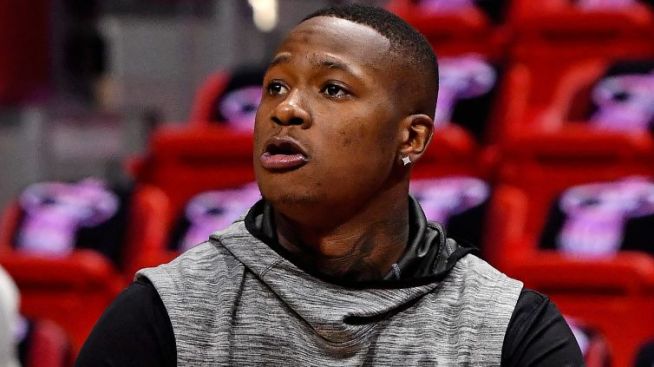 Terry Rosier has been key piece with two of the league’s top franchises, the Detroit Pistons and Oklahoma City Thunder, and has averaged north of 20 points and 1.8 steals per 36 since his sophomore year while averaging better than 45% from field. But even with his stats, all he seems to get is grief from around the CSL, like from:

This season Rosier is putting together a career shooting year with 45% 3P% and 90% FT% showing the league that he is not the inefficient shooter that many in the league believed he was. Along with his improved efficiencies he is leading the league in steals averaging 2.5 per game making him one of the top two way guards in the league. Rosier’s performance this season is proving the Spurs made the right decision last year to trade for Rosier giving up a top 5 pick in last year’s draft. When the Spurs made that trade last season many criticized the team for a poor trade that some thought took backwards.


wms02a wrote:We had been targeting Terry since he was a Free Agent. We knew he could become a leader on a playoff team but needed the right environment and teammates to thrive. He has been a great addition to this team and city.

Alongside Rosier in the San Antonio Backcourt, is last year’s top 5 pick Frank Ntilikina. With the many changes on the Spurs Roster last year, Ntilikina did not have a consistent backcourt partner until the backhalf of the season. Ntilikina spent the first half of the season playing Shooting Guard which was not a good decision causing him to deflate his shooting percentages for the season. But once San Antonio move him to Point Guard, brought in Terry and changed some schemes, Ntilikina began to show flashes of why the Spurs were so high on him in the draft.

The damage was already done in the first half of the season but Ntilikina was able to finish his rookie season averaging 10 points, 1.6 steals, and almost 4 assists in 30 minutes of play earning Second All Rookie Team Honors. But with a poor and inefficient rookie season some GMs were already labeling Ntilikina as a bust as fellow rookie point guard who the Spurs passed on, Trae Young averaged nearly 14 PPG in just 28 minutes per game.

Ntilikina took some of the comments he read online personally during the offseason in worked hard on his game, and it has paid dividends in the first month of his sophomore season. He is averaging 16 points, 6 assists, and 2 steals a game while shooting 46% 3P%.

The duo of Ntilikina and Rosier have taken the criticisms they received in the past and channeled into one of the top young back courts in the league and help propelling the Spurs to one of the best starts in franchise history at 11-3. But even with all the great progress the team has made since last year’s painful season, the team is not getting any respect from fellow GMs:


OneNole wrote: ↑
Sun Sep 15, 2019 1:50 pm
Only guess is he thinks spurs may actually become decent or stay decent 2 seasons from now but that is so unlikely

When team officials were asked to comment they just simply respond with, “OneNole who? I thought he quit?”
San Antonio Spurs GM

Rozier and Ntilikina are definitely having a fantastic season so far. The Spurs, along with the Grizzlies, have been nice surprises so far in the west, but their team doesn't stack up well enough on paper against mid-tier competition. I can see this team going hard and securing a playoff spot, and I can also see this team dropping off hard.
Stay Me7o

Trade me Rozier so I can rebuild with him

Thought y’all would be a playoff team going into the year but didn’t think THIS good. Great start and I personally think this is a sure fire top 5 seed now.
Top

Spurs have had a great start that no one probally saw coming ..especially me ..u did a good job in the off season

I liked pretty much every deal you did last off-season and I was expecting a much better season from SA.
But the start of the season topped my expectation a good bit. It seems the team has the right mixture of players/skills.
The next step is having this consistency over the full season.
Top
Post Reply
6 posts • Page 1 of 1